After a seemingly endless lockdown it felt good to finally get out with the gang on this, our first club ride for three and a half months. There was much catching up to do and, with everyone nattering away, Brian somehow managed to lose the peloton at Whittlesford. A phone call later and we all caught up with each other again down the road at Newton. 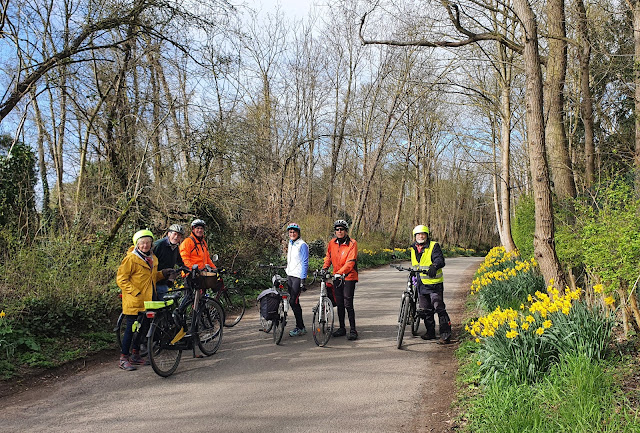 The daffodil display at Thriplow was spectacular and enjoyed all the better as we had the roads virtually to ourselves. Along the way, we chanced upon Jeremy and a pal on an off-road expedition, though they looked far too clean to have done much off-roading.

Then it was on to Foxton, Barrington, Shepreth and Frog End, where we pulled in at Hot Numbers for coffee and and a sugar fix, Eccles cake seeming to win the popular vote.

For the record the team roster was: Janet, Paul, Jenny, Alan, Lewis and two Brians - and we clocked up a very respectable 24 miles 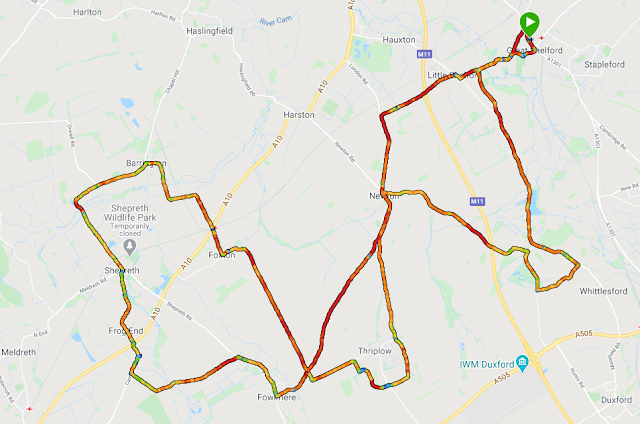