Five miles into Monday's ride and Lewis, Jeremy, Tom, Philippe and two Brians were contemplating the new sculpture outside Cambridge Station. Ariadne Wrapped was unveiled only last week by sculptor Gavin Turk and his pal, Al Weiwei, as an exploration of a classical figure that invites the audience inside a larger metaphysical maze. Well, quite.

Perplexed, we continued on to the river and followed the towpath to Milton where, over coffee at the country park café, we quizzed Philippe about living in Reunion - and Tom revealed he had visited the Indian Ocean island not once but five times, to compete in the scary sounding Megavalanche race down the mountainside.

Back on the bikes we headed for Cambridge North Station and our second art installation of the day, Hercules Meets Galatea. Less challenging than Ariadne Unwrapped, Galatea's poise and digital production imply power and perfection over Hercules' somewhat shakier manifestation. We kinda get that one.

Setting off homewards via the Chisholm Bridge we completed the return leg via Grantchester, Trumpington Meadows and Hauxton, from where we followed Jenny's Path back to Shelford.

We clocked up a total of 21 miles. Well done, team! 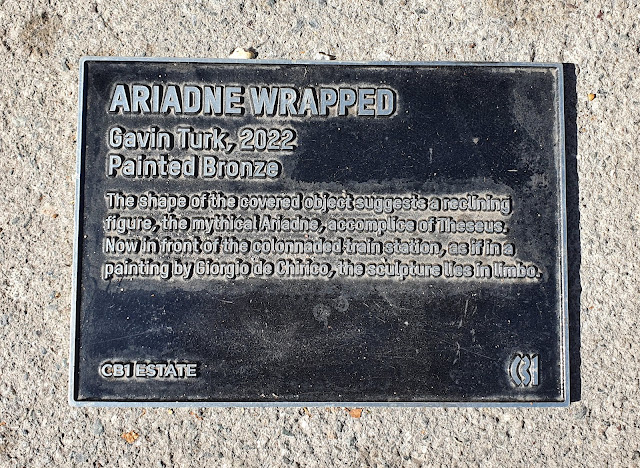 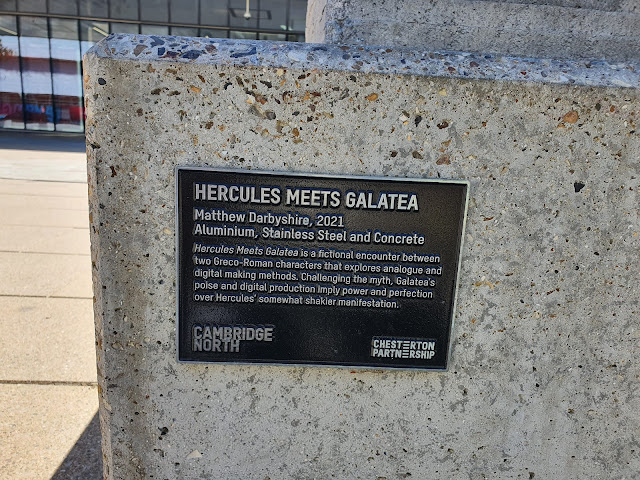