Swaffham Bulbeck and Back 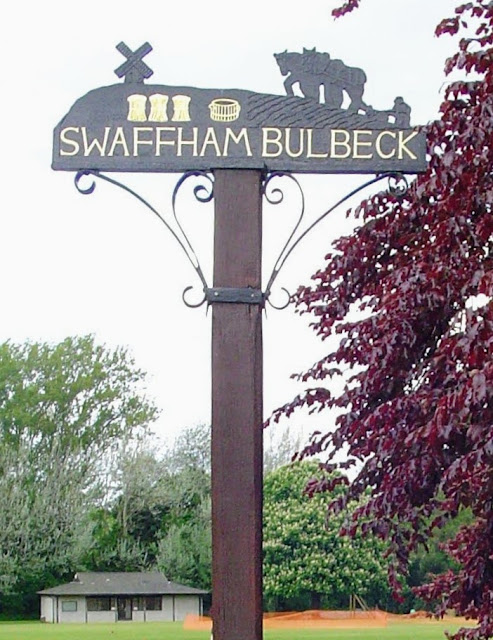 Great Wlbraham, Little Wilbraham and Bottisham came and went before we pulled up for a breather at  Swaffham Bulbeck. Thence it was on to Lode and, via a somewhat hard-to-find cycleway, Stow-cum-Quy and Fen Ditton.

Approaching Cambridge from the east we were curious about the melee outside the Abbey Stadium; why  queue here at midday on an August Monday? Stopping for a chat, we learned these were the true believers queuing for their season tickets; a friendly bunch of ever hopeful, die-hard Cambridge United fans. We wished them well.

Traversing Coldham's Common we headed for the Tony Carter Cycle Bridge over the railway. Named after a Labour councillor of the day, opened in 1989 and listed for a time in the Guinness Book of Records as the world's longest covered cycle bridge, this is a wonderful shortcut. Its only drawback is the greenhouse-like design; it can be stiflingly hot in summer.

Crossing Mill Road, now remarkably car-free, thanks to the recent traffic restrictions, we were soon on the  home straight, the DNA path back to Shelford.

It had been a relatively long ride - 25 miles - without refreshments and so Brian H, top chap, welcomed us into his garden for well earned coffee.